Configure Gameball referral program and create a powerful marketing tool by encouraging your customers to invite their friends and family.

Written by Bassma Khaled
Updated over a week ago

Referral marketing is basically encouraging your current customers to refer your business to other people they know, and in return, you reward them for every successful referral. Referral programs are a great way to build loyalty with your customers by asking people who trust you to ask others to trust them.

To understand how a referral program at Gameball work, follows the below flow as shown in the image.

In order to launch the Gameball referral program on your platform, you need to carry out a few steps: 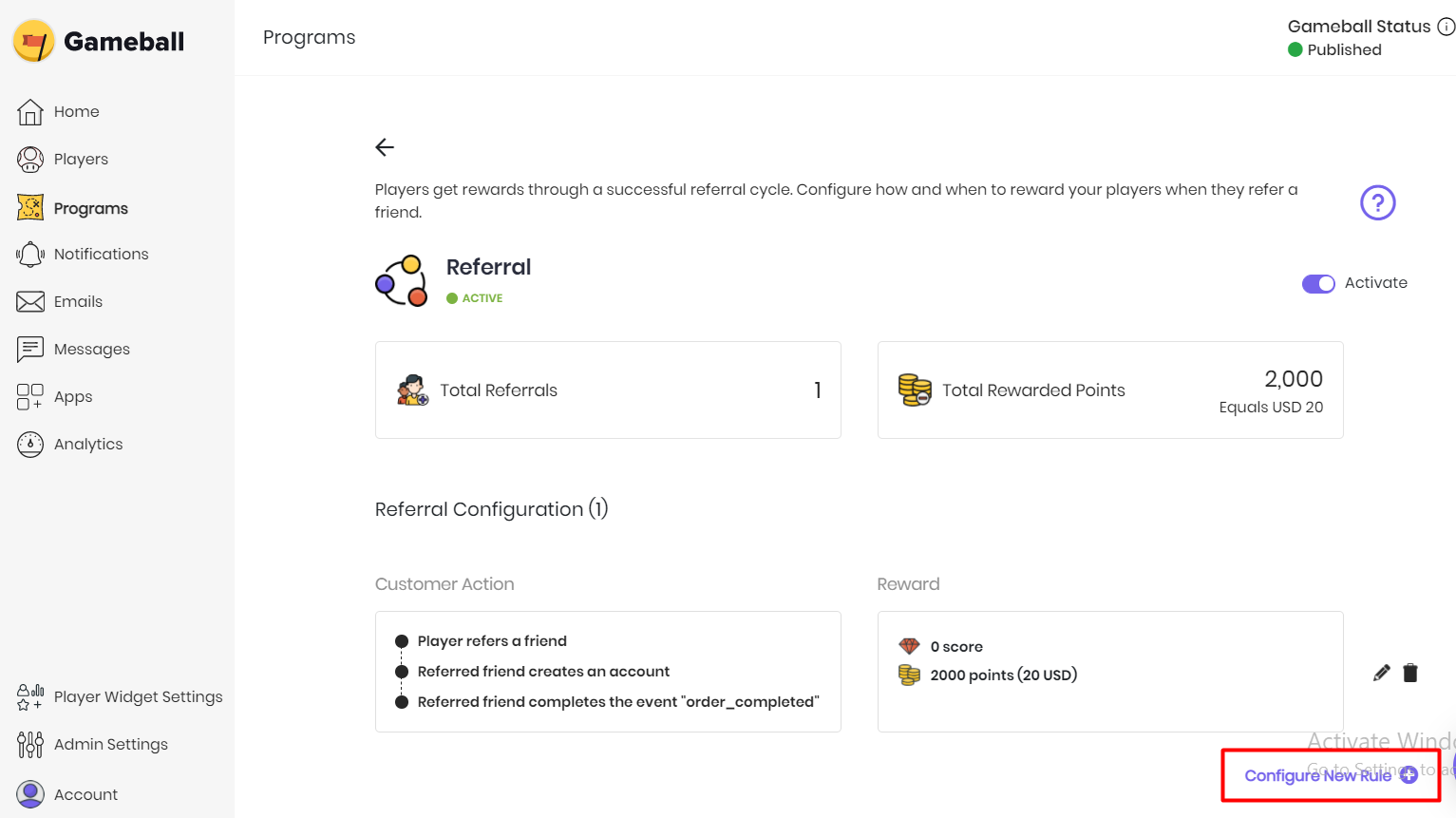 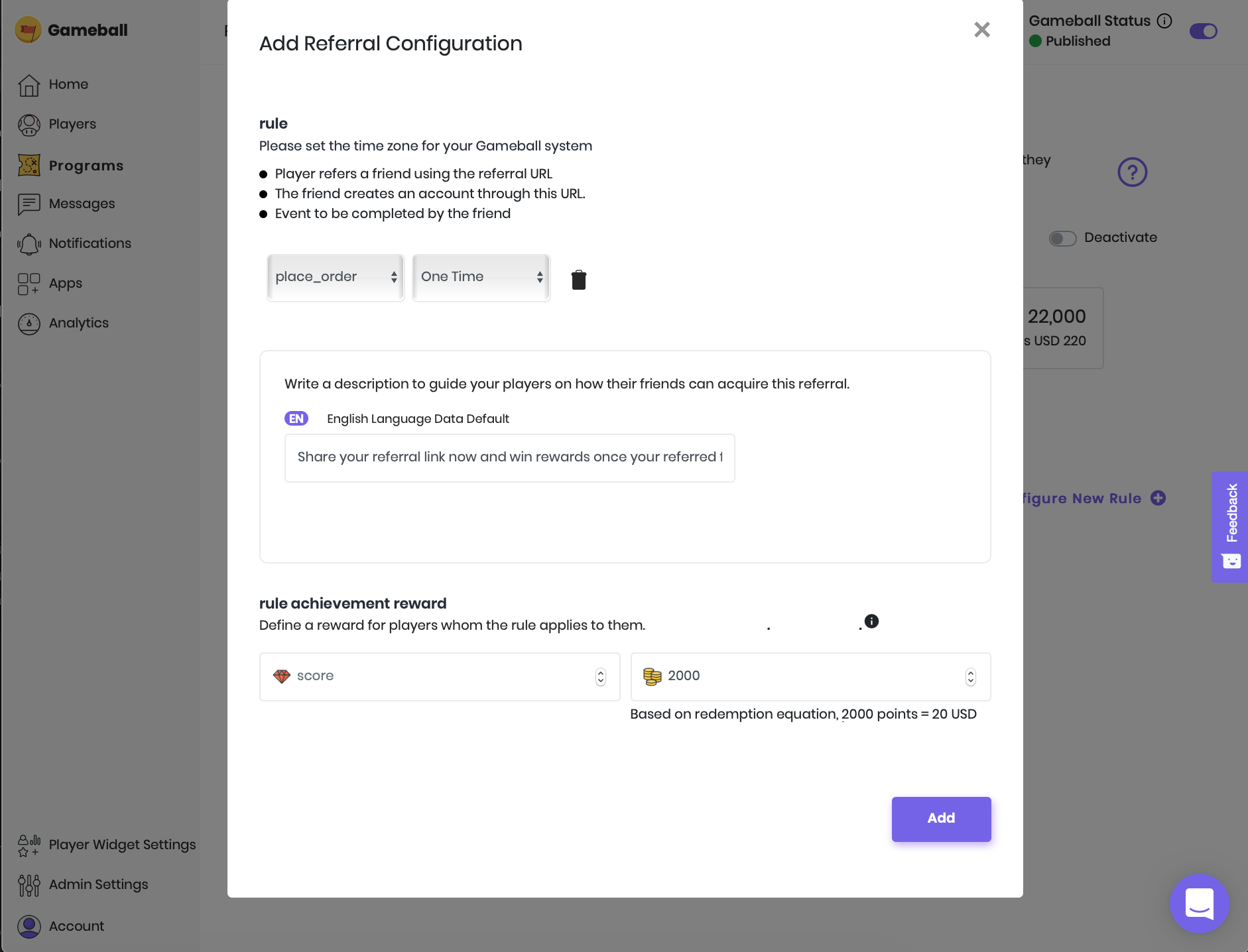 Gameball allows you to configure multiple referral scenarios. Players can be rewarded according to the following:

To further elaborate on the above. For example, assume the following four scenarios are configured on your Gameball dashboard. 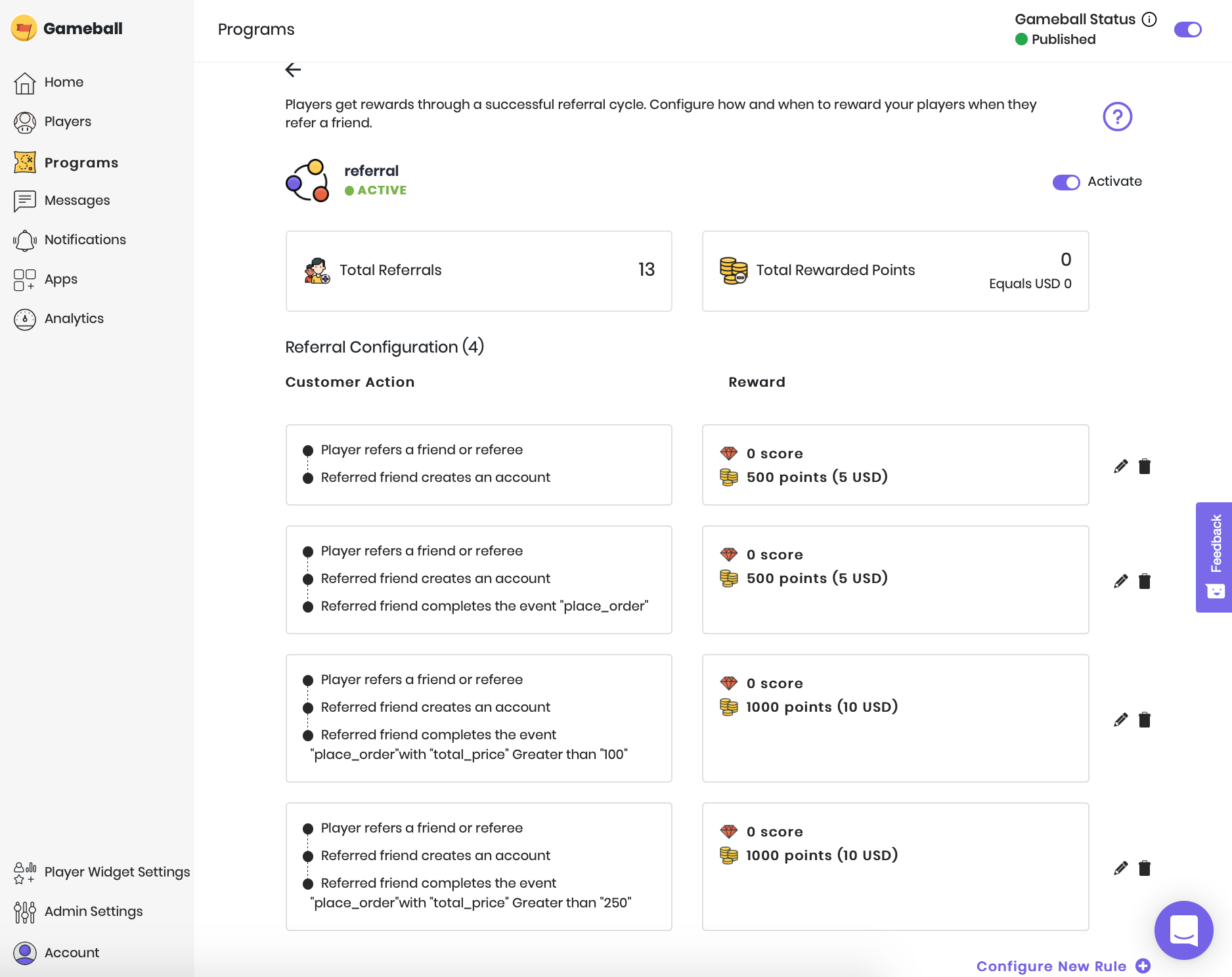 If a referred friend signs up, using the referral URL then completes an order of $120 in the same session. The lucky player will get rewarded with points equivalent to $20. The breakdown of these $20 is as follows:

The referred friend completed three scenarios upon signing up using the referral URL and allowed their player who referred them to win $20.

Please note that this is not applicable if the referred friend signup, then a couple of days later decide to make their first order. Referral rewards apply to completed actions done during the signup session using the player's unique link.

To sum up, Gameball allows you to create one rule for friend referral or multiple scenarios to reward players with different points based on the actions taken by their referred friend.

Did this answer your question?