Understand what each of the revenue number found on your dashboard refer to.

Written by Rana ElGharib
Updated over a week ago

It is important to keep track of the performance of the configured and deployed loyalty program as a whole, as well as the performance of each of the sub-programs on its own. For that reason, Gameball created some essential metrics on the dashboard's homepage; directly after you log in.

You will find the revenue metrics on the Homepage of the Dashboard when you login or when you click Home on the top of the right bar. 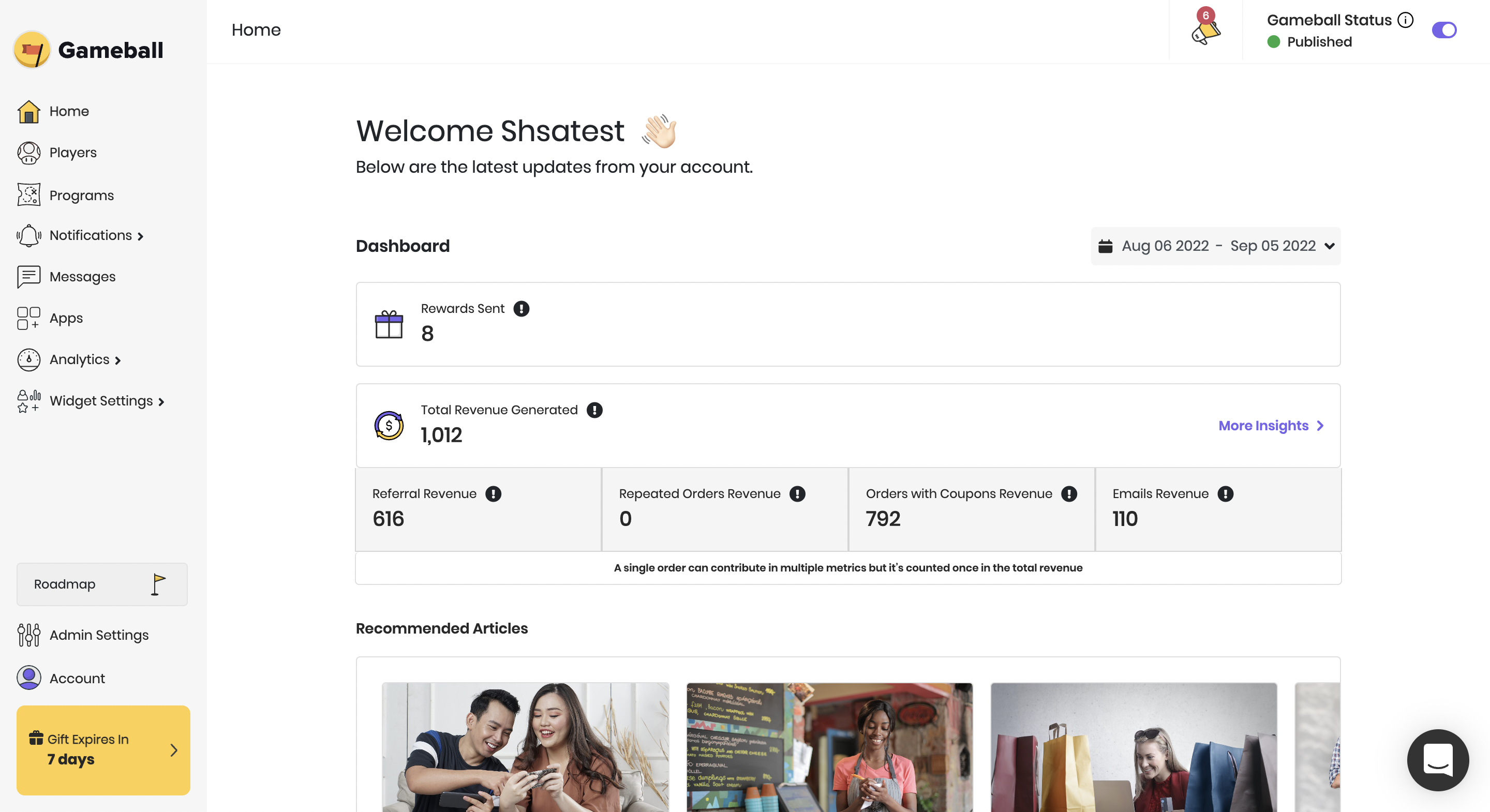 What does each metric refer to?

For example, if a player made their second purchase after being referred, this will be calculated in the total referral revenue and the total repeated orders revenue. However, it will be added to the total revenue generated only once.

❗️Note: A single order can contribute to multiple metrics, but it is counted once in the total revenue.

The total value of orders made by friends who were acquired through the referral program.

For example, if a player joins your platform through a referral link, every order they make will be calculated in the total referral revenue.

For example, if a player made their first order, and after a while, they came back for a second order, the revenue generated by this second order will be added to the total repeated orders. The same will keep happening with the following orders.

The revenue generated by orders that had a coupon applied to them during the checkout process.

❗️Note: Revenue from purchases with non-Gameball coupons applied to it will not contribute to the total revenue of orders with coupons metric.

For example, a player receives an email with a note about a voucher they received or a points reward. The player then goes back to your platform through a call to action from Gameball's email notification. The player then makes and completes a purchase using that reward. The revenue of that purchase will be added to the total email revenue.

Did this answer your question?